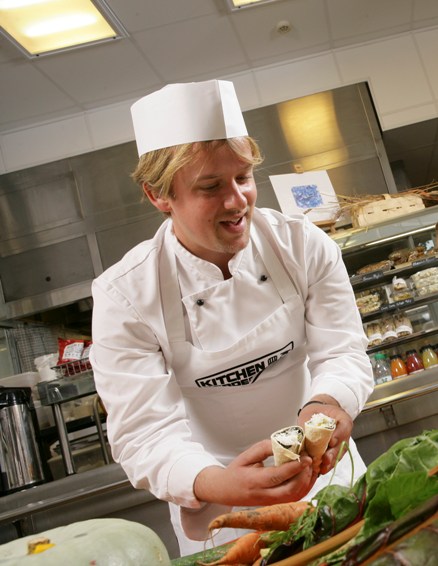 Jethro Carr
Jethro started Kitchen Academy back in 2002 when it seemed that people had become a little detached from what good food was all about.I am glad to say that people are now waking-up to these facts and there does seem to be a small food revolution going on. The media are definitely making the most of people’s fascination with food, covering items from celebrity chefs working overtime to improve kids’ diets to moral food dilemmas being debated on TV.

Jethro Carr has run cookery classes all over the UK. He regularly goes into schools to teach children how to cook fun, tasty, healthy dishes. His vision was to start a company that was totally dedicated to educating people, young and old, about good food. He took the leap of faith and left his job in the kitchen then ventured out into schools and festivals to run cookery workshops for kids. Kitchen Academy has certainly come on in leaps and bounds from when he first started it. He now has a dedicated team who travel around the country to teach people about cooking good food.

Jethro has developed a range of services to meet with client demands including cookery demonstrations at events including Farmers Markets, Food Festivals and Music Festivals. He has also worked alongside world famous musicians as they cook food from their home countries, taught people in sheltered accommodation to cook and has also provided Smoothie Bikes for the Tour De France.

To date he has been commissioned by a variety of organisations including the BBC Good Food Shows, The Soil Associations Organic Food Festivals, Fairtrade, the WOMAD Foundation, The Tour De France, BBC Spring Watch, The Cabinet War Rooms Dig For Victory, Kew Gardens, Blenheim Palace, Fareshare and many more. 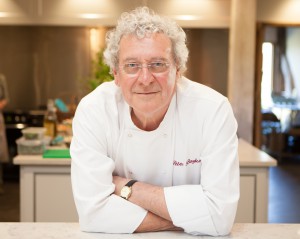 As a child Peter first discovered his love of food and a talent for cooking at Boy Scout camp. The excitement of being able to wow others with his cookery has stayed with him throughout his life.

At the age of 59 Peter finally decided to pursue his passion for cooking and entered BBC MasterChef 2006. Peter won the competition and left his career in advertising to start a new a new career as a chef and food writer. Peter works at a number of leading cookery schools, gives live cookery demonstrations on TV and at food fairs and has written a book about his cookery experiences.

Kitchen Academy is proud to be supported by MAGIMIX